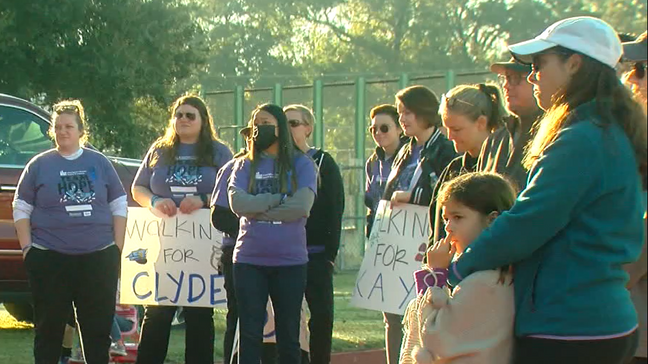 Saturday's event was held at Martin Middle School. Its goal is to raise money to support the mission and services of the Huntington’s Disease Society of America. According to Austin’s Team Hope Walk website, over $17,000 has been raised in this year’s event. Since the walk began in 2007, more than $20 million has been raised for patients and research.

Huntington’s Disease is a fatal genetic disorder that causes progressive breakdown of nerve cells in the brain. Symptoms are described as having ALS, Parkinson’s and Alzheimer’s, all at the same time. There are about 41 thousand symptomatic Americans and more than 200 thousand who are at risk of inheriting the disease.