South Region Home News SCNow: Florence woman is on a running battle to find a cure for Huntington's disease

SCNow: Florence woman is on a running battle to find a cure for Huntington's disease 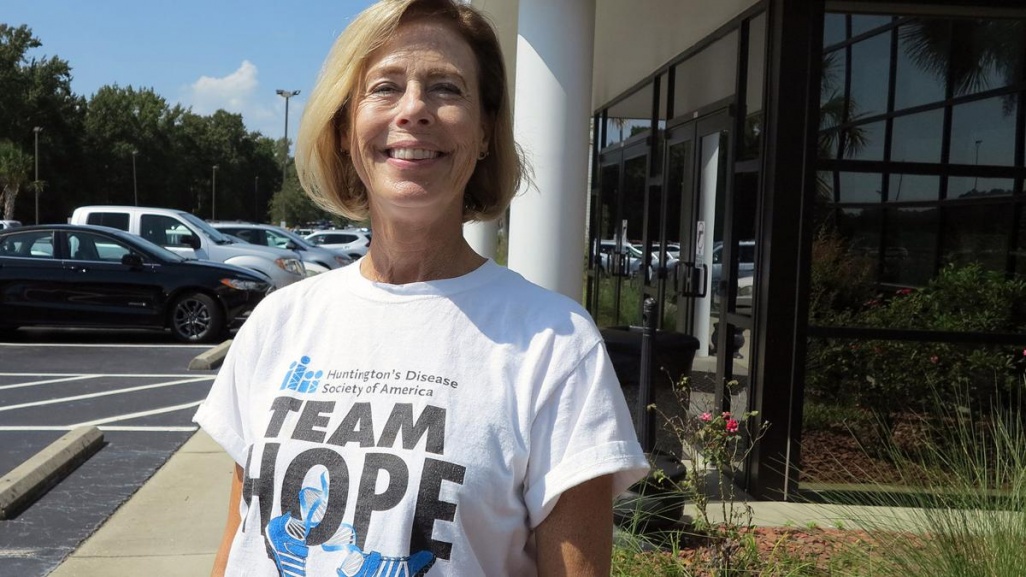 FLORENCE, S.C. – Most people have causes that they champion and are passionate about. Paula Lintz’s is finding a cure for Huntington’s disease. Her reasons are very personal.

It’s like having ALS, Parkinson’s and Alzheimer’s disease all rolled into one, Lintz said. She said it is a ”progressive breakdown of nerve cells in the brain.”

Lintz will be running in November in the New York City Marathon for Huntington’s Disease Society of America, hoping to raise awareness and money for the cause.

”It is my first marathon,” she said. “I have done half-marathons before but not a marathon.”

Lintz said her husband, her oldest son and her daughter and her husband will make the trip to New York with her. Lintz said it will be short trip.

“They will watch me cross the finish line after about five or six hours,” she said.

Lintz said she likes to pace her running; she isn’t the fastest runner.

She has been running for approximately 25 years and is a member of Fitness World Run Club.

“I run at least three or four days a week,” she said. “It is a way to run out the craziness. I don’t listen to music when I run.”

She said she uses that time to think.

Until now she has run in half-marathons and 5Ks.

To train for the marathon, Lintz has a personal trainer and has increased the length and number of runs she takes in a week. She runs at least four or five miles each Monday, Wednesday, Friday and Saturday.

“My goal is to get up to running 20 miles in training,” she said.

Originally from Ohio, Lintz has lived in Florence for approximately 13 years. She came here with Honda, met her husband and stayed. She has worked for Honda for 33 years and is an assistant manager for new model ordering and delivery at Honda of South Carolina in Timmonsville. Together she and her husband, Aaron, have seven grown children. Her three live in Ohio, along with her granddaughter, who is almost 15 years old.

Lintz’s granddaughter, Josephine, sees the day-to-day progression of her mother’s battle with the disease.

Lintz said there is a test that can be done to find out if the disease is in your future.

“Her (granddaughter’s) mother and aunt got tested,” she said. “My granddaughter doesn’t want to know.”

This disease not only strikes adults but children as well. There is a juvenile form of the disease, she said.

“We are getting so close to a cure,” Lintz said..

Her granddaughter’s mother is part of a clinical trial and is hoping to get into the latest one that she says looks promising called Roche Generation HD1.

Symptoms of the disease usually appear around the age of 30 to 50 and worsen over a 10- to 25-year period, she said. Some of the symptoms are personality changes, mood swings, forgetfulness, impaired judgement, slurred speech and difficulty in swallowing.

Lintz said the disease doesn’t get as much attention as some cancers and other diseases, but it is a horrible disease.

“Most people in this area don’t know anything about the disease unless someone who touches their lives has it,” she said.

She said Woodie Guthrie had the disease, and it was his wife who started the Huntington's Disease Society of America (HDSA).

Lintz said her daughter is on the Central Ohio Huntington’s disease board.

Her family in Ohio has organized 5K events in Hilliard, Ohio, and has raised approximately $50,000 for Huntington’s disease research over the past eight years.

Lintz is trying to reach a goal of raising $3,750 for the November event.

“Your donation will help to find the cure so that my granddaughter’s generation can be the first generation without Huntington’s disease,” she said.

Donations can be made online or by check made out to HDSA/Paula Lintz. Mail to Lintz at 1129 Took Place, Florence, S.C. 29505.
Email Share Tweet