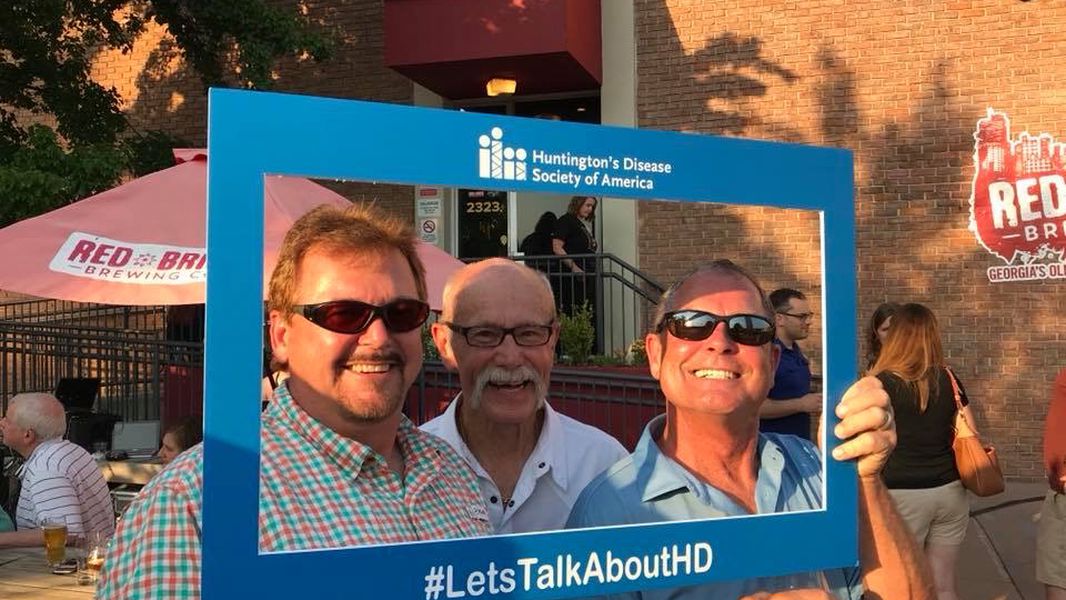 Jessica King’s boyfriend, now husband, found out his mother had been diagnosed with Huntington’s Disease. There was no known family history. A few months following, Charles decided to get tested. “We found out he did have the gene,” said HDSA Georgia chapter President Jessica King.

“Huntington’s disease (HD) is a brain disease that is passed down in families from generation to generation. It is caused by a mistake in the DNA instructions that build our bodies and keep them running. DNA is made up of thousands of genes, and people with HD have a small error in one gene, called huntingtin. Over time this error causes damage to the brain and leads to HD symptoms,” according to hdsa.org.

It is a trifecta of Parkinson’s, ALS and Alzheimer’s combined, she said.

“HD is pretty quintessentially like a family disease. Since it is genetic, each parent has a 50% chance of passing it onto their child. It usually hits in a person’s mid-forties and at that point they have about a 15-year survival time,” Jessica said. “If you have the gene, you will get the disease. It is always fatal and there is no meaningful treatment option that really works much at all.”

The president stated the footprint of Huntington’s awareness needs growth. Without educating the public, funding, research and passed legislation isn’t where it needs to be.

Music and registration begin at 9 a.m. The walk starts at 10 a.m. Silent auction is open and closes at noon on walk day. Lunch to follow with silent auction winners announced.